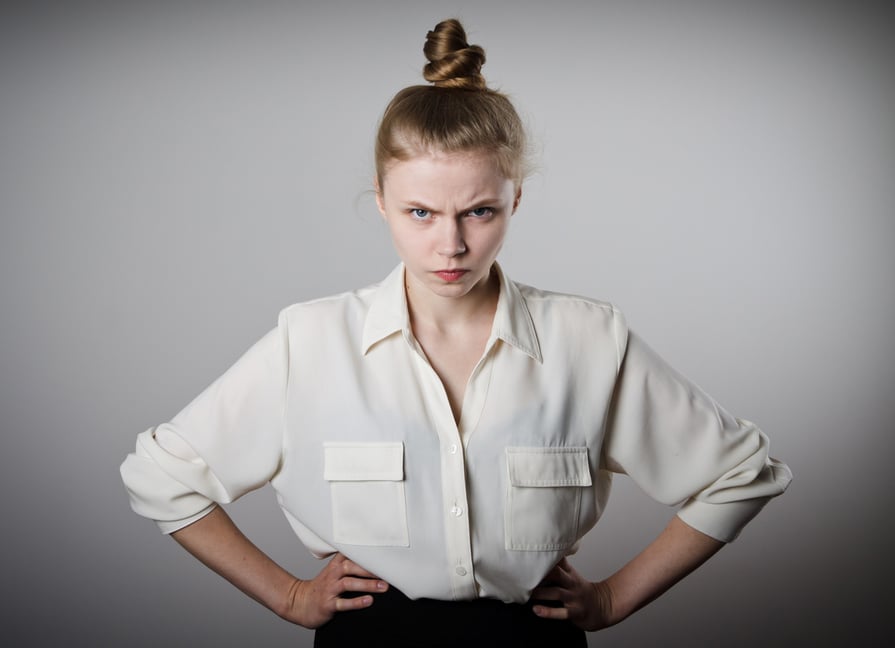 Recent years show and uptick in outrage over advertising echoed in angry memes and tweets over the controversial messaging or outright blunders. It used to be that these situations would result in public apologies, if not resignations of people involved, but now it seems that outrage could be added to a long list of viral marketing trends: Capitalizing on Controversy, aka "outrage marketing."

The question is: not whether the outrage is warranted, but whether to manufacture the outrage and take a campaign to a viral level.

To start, let’s look at an ad from 2015, the now notorious “Spike your best friend’s eggnog when they aren't looking” ad from Bloomingdale’s. In the ad, a man and a woman stand against a plain white backdrop, dressed for a holiday party. While the woman laughs with what one can presume is holiday glee, the man looks at her with a nondescript side glance.

The internet responded immediately. It would appear, through the messaging and image that Bloomingdale’s was making a blasé commentary on date rape. Twitter went wild, condemning the store for the tone deaf nature of the ad. Bloomingdale’s apologized, the holidays went on, everything back to normal. But, was it a mistake, or was it a carefully planned viral campaign right before the holiday season?

“In a reflection of recent feedback, the copy we used in our current catalog was inappropriate and in poor taste. Bloomingdale’s sincerely apologizes for this error in judgment.”

In today’s business environment, it can be exceedingly difficult for a brand to stand out from the noise of competitors. Web users are bombarded with ads that are frequently ignored, and print media can be overlooked, making the justification for expensive print campaigns difficult. Creative, media and advertising firms are always looking for ways to boost clicks and traffic by various means.

Are controversial messages being used to boost clicks and traffic? In the case of Bloomingdale’s, a definite case can be made that it was.

In 2015, date rape was a hot topic due to allegations against Bill Cosby, which coincidentally included the notion of slipping things into women’s drinks. Daily, it seemed, more stories came out, more women with the same allegation; their drinks spiked with drugs followed by rape. Clearly, these were severe charges, and rape is not something you make ambiguous statements about, especially if it seems like you could be endorsing it. A passing, statement about spiking your friend’s drink at a different point in time, most likely wouldn’t cause the same response, and the claim that it was just an innocent statement about getting a friend to relax and let their hair down could be considered legit. However, there’s also the visual aspect of the ad that is part of the subliminal messaging that drove the outrage home.


Looking at the ad, one could argue that the styling of it mimicked the visuals of the music video, “Blurred Lines.” The Robin Thicke song called the most controversial song of the decade by The Guardian has raised the ire of people in much the same way that the Bloomingdale’s ad does, by appearing to condone rape by way of high-pressure coercion. What is notable about the video in regards to the ad, is that they are visually styled the same way, even picking a model that looks strikingly similar to Thicke. 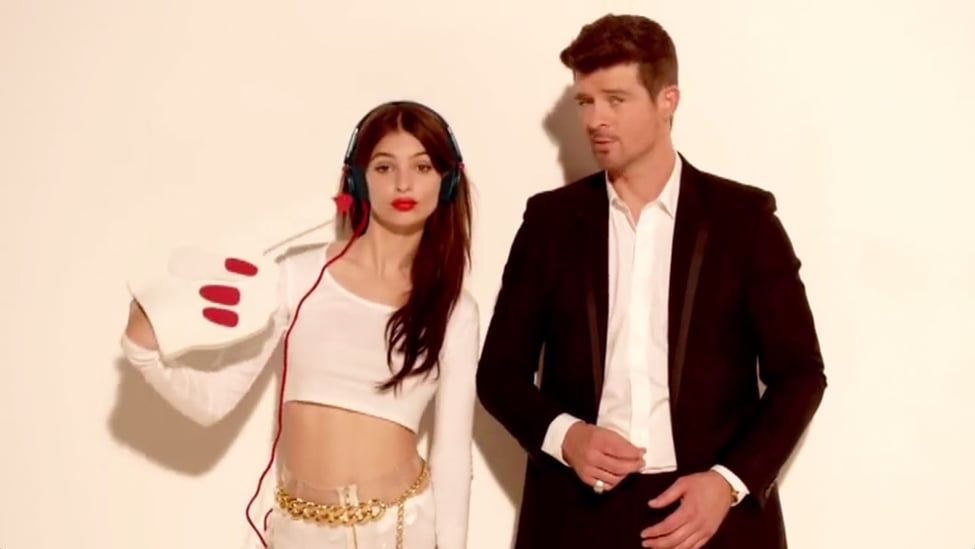 Was the ad engineered to bring to mind these other controversial current events, and cause a reaction online that would get the ad shared all over social media? It is not entirely possible to say for sure, but on the outset, it does seem like a sort of hail-mary pass considering that sources like Fortune reported on Macy’s (who owns Bloomingdale’s) declining sales only one month before the ad.

It is not just Bloomingdale’s that seemed to engage in the tactic. Notably the same year, also in light of the Cosby allegations involving drinks, Bud Light put a message into its advertising that was also perceived to condone date rape by saying "The perfect beer for removing 'no' from your vocabulary for the night."

Again, the online reaction posted images or hashtags of the product with the brand prominently displayed with outraged messages. Moreover, like Bloomingdale’s, an apology was issued, and it was back to business as usual. In the meantime, the brands of either were shared over and over, which created not only promises of boycott, but also the backlash against the outrage. Social media users are more likely to share what makes them angry. Also, while the messaging made one group angry for one reason, another group got mad at the people who were angry. Those users in turn both bought more from the brand in question and shared across social media their outrage at "Snowflakes" in support of the brand. It is a phenomenon noted in the book “Contagious,” that even negative feedback leaves impressions.

The outrage tactic is high-risk, to say the least. While some brands can get beyond the negative aspects and move forward, others are forced to restructure or disappear. In light of the outrage tactic, another newly rising tactic lives on the opposite end of the spectrum – cause marketing.

Cause marketing offers what appears to be a proactive counter to the issue in question. Not necessarily a solution, but an "awareness" of the issue and the primary concerns.

An obvious example of this is the number of products branded in pink and emblazoned with ribbons during breast cancer awareness month. While some of these products are put out by brands that have made the commitment to donate sales to research groups and the like, not all of the brands do. The argument for which being that the existence of the product raises "awareness" in the public eye. This approach can backfire against the brand if it appears . If this happens, the brand struggles to overcome the perception that the strategy was nothing more than a ploy utilizing armchair activism.

Dove, for example, has used advocacy marketing to wide acclaim by promoting the issue of body acceptance. The Dove messaging continues without much controversy.

The main issue with using the cause model comes down to authenticity.

The latest buzz word that is floating around is authenticity. It is now something that Facebook takes into account in their algorithms in regards to how content appears in the user’s news feed. Inauthentic posts wind up buried based on somewhat obscure rules, to avoid manipulation.

What it boils down to is original content. Anyone on Facebook can share articles and photos, but when it comes to pages, for businesses, products, events, and so on, it is expected that those pages engage their audience through the use of their own content, rather than just advertisements. If all a page does is post ads, like-and-share posts, or cast your vote with a reaction type content, their page's posts may get lost within the feeds of users and not seen at all.

Original content is king on social media. A brand is far more likely to stand out from others by putting out content that their audience is interested. For example, good original content from someone like an author might involve articles they have written that address an aspect of their work or interesting tidbits about something within a storyline. It could also include video interviews or question and answer sessions with the author. All of these are things a user or potential customer has an interest in, increasing engagement and brand position.

Rather than trying to force a reaction or response from the audience through a direct message, use the basic principles of inbound marketing and provide information that the user is already actively familiar with or looking for. This strategy coupled with a solid SEO plan, will cut through the noise.

Enduring questions of what is ethical remain primary considerations when developing a strategy. 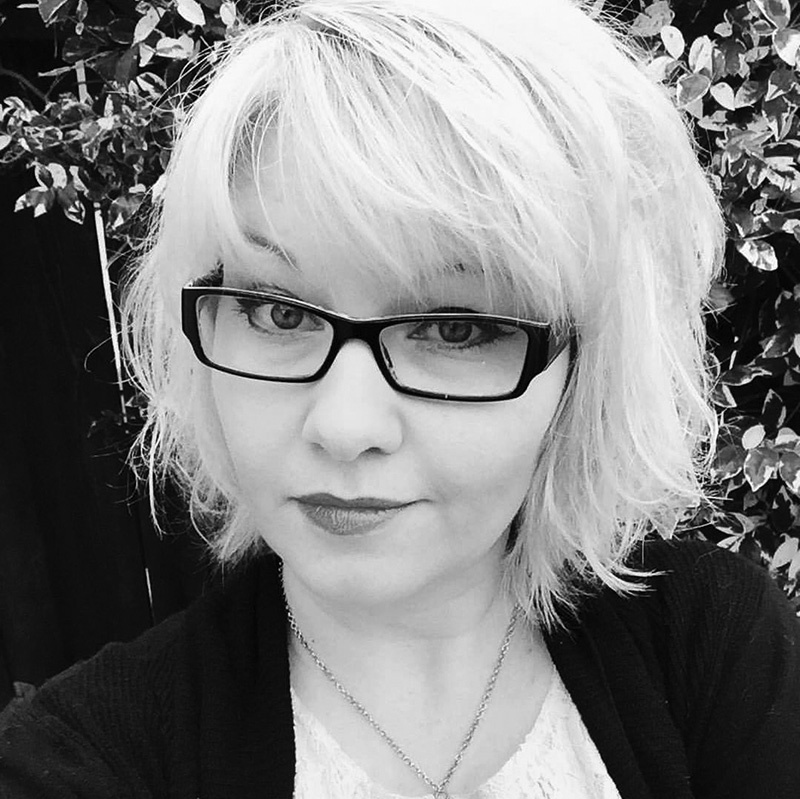